Buying A Photocopier-Machine Why You Choose TOSHIBA 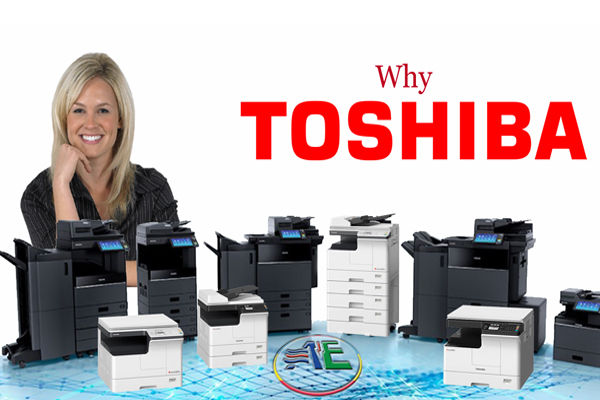 Read Before You Buy, A Review of Toshiba Multifunctional Copier / Printer

As printer manufacturers go, Toshiba may not be among the biggest companies in the business, but it does have a reputation for being one of the most innovative. Its product lineup is expanding with new and buzz-worthy printers, copiers and multifunction printers (MFPs).

Its award-winning line of e-STUDIO models is excellent, helping Toshiba make a name for itself in the highly competitive printer market. Let’s look at what the company offers and what people say about its products.

A Brief History of Toshiba 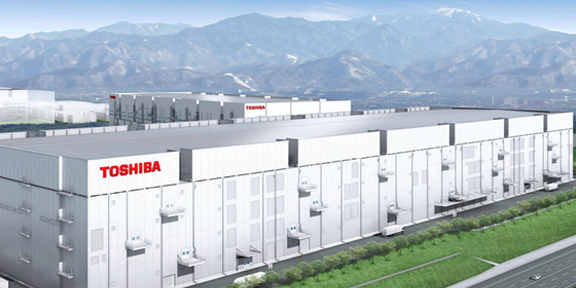 Toshiba is one of Japan’s oldest and largest producers of consumer and industrial electrical products. The company dates to the merger in 1939 of two successful Japanese companies, one was the country’s first manufacturer of telegraphic equipment, and the other started the first plant to make incandescent lamps.

While the parent company Toshiba Corp has had some financial problems in recent years, the printing operation, Toshiba Tec, has become a leading supplier of information technology and office equipment, with 20,000 employees and more than 80 subsidiaries worldwide.

Toshiba’s line of color and black and white printing devices includes the award-winning e-STUDIO™ of MFPs. They range from compact and affordable equipment for the home or small office to high-speed, high-capacity printers designed for larger offices.

Reviewers often talk about Toshiba products being both innovative and intuitive, consistently raising the bar in the industry with features like its unique customization platform and erasable printing options. Toshiba MFPs are also reliably praised for their reliability and their ability to do a wide range of tasks at high speed.

Here are four areas where Toshiba copiers and printers shine:

The company has won numerous awards for its product innovations. In 2017, it announced the world’s first copier/MFP capable of printing both black and erasable blueprints.

The erasable toner allows people to reuse paper multiple times, which saves money on paper and toner and generates less waste. The black toner supports traditional printing for documents that need to be printed and saved.

The erasable print feature is available on the e-STUDIO3508LP MFP, which received a 2019 top innovation award from key point Intelligence, a leading document industry sources for information and test data.

Toshiba also recently won Better Buys’ 2019 Innovative Product of the Year award for its latest line of MFPs, the e-STUDIO 5015AC series. The five devices in the series outperformed other high-volume, coloor MFPS in testing and were praised for their innovative features like the Elevate™ customization platform, which allows businesses to tailor the devices to their unique workflows.

As we mentioned earlier, the award-winning Elevate user interface (UI) simplifies and automates common business processes, allowing organizations to fully customize their MFPs to the tasks they do most frequently.

The large touch screen provides a selection of pre-built buttons linked to everyday tasks and the devices also come with customizable UI templates with pre-programmed shortcuts. The customization platform can help companies streamline document workflow and boost their efficiency and productivity. 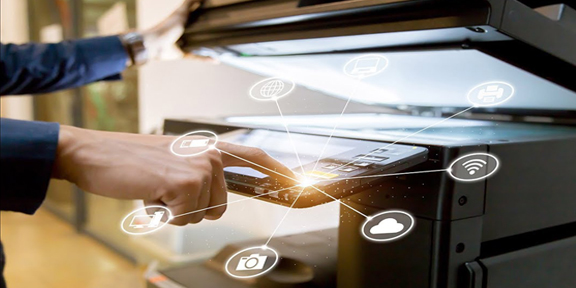 The Elevate platform doesn’t just make printing more efficient; it also makes it easier. Companies can take complicated tasks and simplify them so they can be performed with a simple touch of a button.

It means employees can quickly learn how to perform functions and use features with minimal effort.  And because the user interface is so easy, people are less likely to make mistakes that will cause the devices to break down.

Toshiba promotes itself as an environmentally friendly company with a commitment to producing sustainable products and reducing harmful substances in their manufacturing processes. It also chooses suppliers that share the company’s environmental focus.

Toshiba of Canada has set a goal of achieving a 92 percent waste diversion rate at all 14 of its Canadian facilities. And each of those facilities has received the internationally recognized

What People Say About Toshiba Copiers and Printers

In this head-to-head comparison of Canon and Toshiba printers, the reviewers praised Toshiba’s reliability. The reviewer concluded, “Toshiba models are more resilient and less likely to break down.”

As well, when the respected industry analyst organization key-point Intelligence named the e-STUDIO4518A best mid-range monochrome MFP, the reviewers noted the device’s reliability, performance and scan speeds that were among the fastest in its class.

But there are a few downsides. In its review of the Best Small Business Copiers of 2019, business.com wasn’t impressed with the Toshiba model’s “average resolution and small tray options,” which it said didn’t measure up to the best color copiers in its class.

And, in a review of the e-STUDIO 3515AC, the high price tag was considered a drawback given the device didn’t come with a document feeder, which is standard with most other brands.

Instead, it was available as an additional accessory, which reviewers said added to the already high cost and may make the printer too expensive for many small businesses. 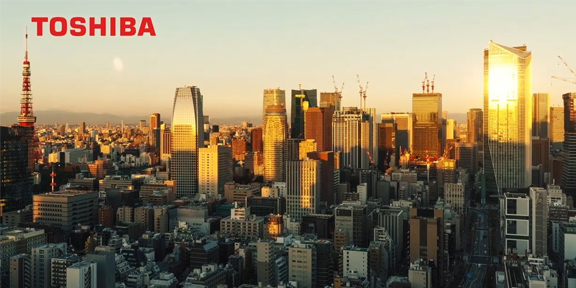 As you can see, while there are few negative comments about Toshiba printers, most industry analysts and expert reviewers have positive things to say about the products.

If you’re looking for a reliable printer with innovative features and excellent performance, Toshiba copiers and printers are worth a look.  If you are looking for the lowest cost device, you may want to consider other options.

Want to find out what the total cost of ownership is on your copier or printer?

For more you can contact or come directly and visit our showroom / sales center.

Development By J A IT Solution